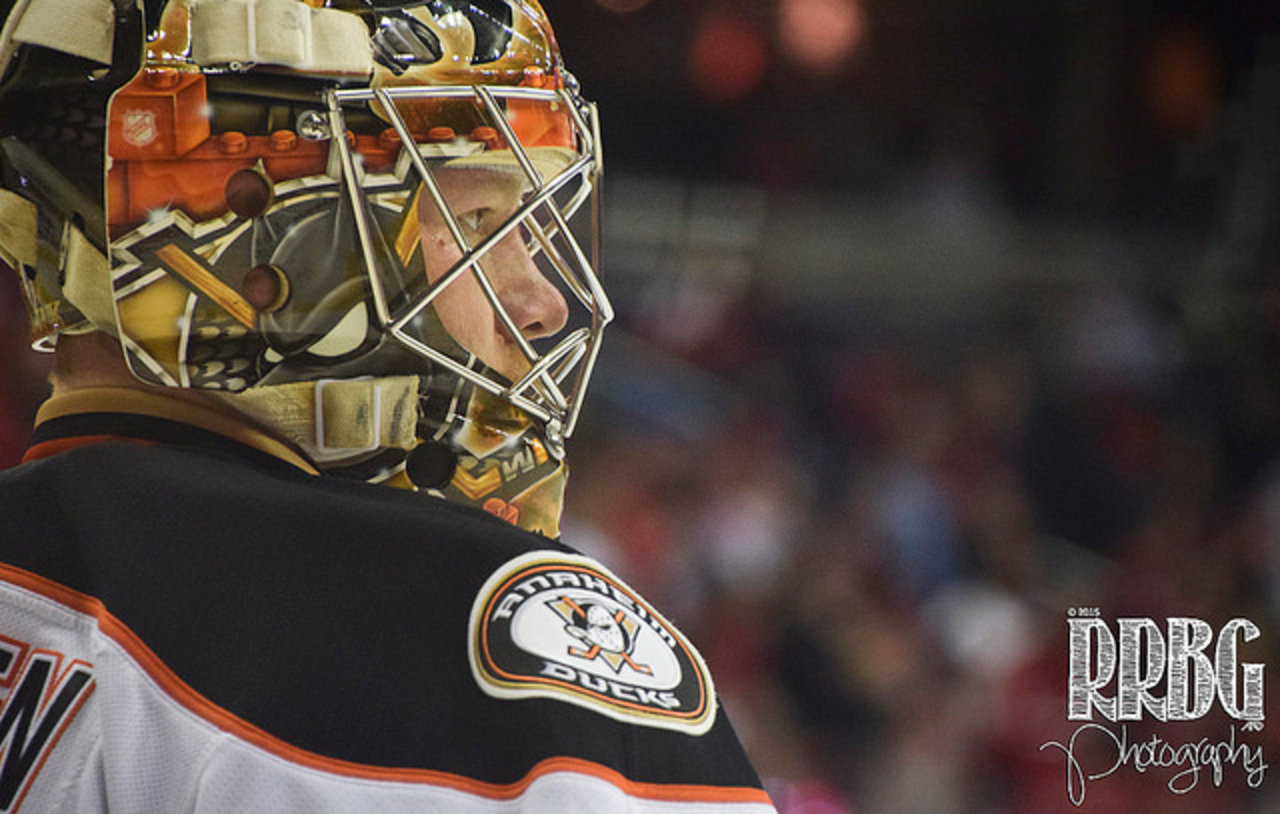 It’s been quite some time since the Toronto Maple Leafs made a major player acquisition. Today, Toronto acquired 26-year-old goaltender Frederik Andersen from the Anaheim Ducks in exchange for a 1st Round pick in 2016 (30th overall), and a 2nd Round pick in 2017.

Following the trade, they signed him to a five-year contract worth 25 million.

Prior to this move, Toronto had the tandem of Jonathan Bernier and Garret Sparks heading into the 2016-17 season. Both goalies were bottom-ten in the NHL for GAA last season, so this is definitely an big upgrade in the net.

Anderson has 125 games of regular season NHL experience as well as 28 games in the playoffs. He’s split the crease with John Gibson over the past two seasons. This deal is an indication Anaheim has decided they would like to move forward with Gibson getting full-time. GM Bob Murray referred to the deal as one that “had to happen”.

Both a 1st and 2nd do seem like a pretty steep price to pay with caliber goalies like James Reimer already going to free agency and Ben Bishop reportedly on the trade market. But, let’s not forget that the 1st Rounder is at 30th overall, and the Leafs still have the 31st overall pick as well as rights to 10 other picks throughout the 2016 draft.

The Leafs have made several notable goaltending acquisitions over the last decade and none of them have really gone as planned: Raycroft, Toskala, Bernier. Meanwhile, one of the goaltenders they decided to trade away during this time period in Tuukka Rask has gone on to thrive with the Boston Bruins.

Many are comparing the addition of Anderson to the acquisition of Jonathan Bernier in 2013. Similarly, Bernier was another young, highly touted goaltender with the LA Kings who was traded away due to a crowded depth chart; Jonathan Quick had already established himself as the starting goaltender which made Bernier expendable.

Here’s a comparison of both goaltenders and their pre-Leafs careers. The data definitely suggests that Anderson is a better goaltender than Bernier was when he arrived to the Leafs. Anderson beats Bernier in every category.

QS% stands for Quality Start Percentage. “A quality start (QS) as a game when the goalie stops more than the median save percentage for the League or gives up less than three goals while stopping .885 or more of shots faced.” – NHL.com.

5ON5ADJ.FSV% stands for Adjusted Fenwick Save Percentage in Even-Strength situations. It basically looks at the difference between a goaltender’s actual save percentage and their expected save percentage based on the quality of shots they faced. As you can see, Bernier was below average in this stat before coming to the Leafs. Meanwhile, Anderson has been one of the best goalies in the stat over the past three seasons (top 30%).

We’ll have to wait and see if those numbers translate into on-ice success this upcoming season.

Anderson on starting with 30th-place Leafs: “They’re better than their record shows. I know how hard they work (from games in Anaheim).”